Time is short: the german Energy Collection Act (EnSaG), which came into force on 1 January 2019, stipulates that companies exempt from the Renewable Energy Sources Act (EEG) levy must delimit their third-party quantities by the end of 2020. But what is it all about and who is affected by the amendment? We have compiled important facts and reveal how one can still benefit from the regulation.

What is the Energy Collective Act?

The Energy Collection Act (EnSaG) is an article law that came into force in Germany on 21 December 2018 and amends numerous laws and ordinances relating to energy law. Probably the most important amendments are the Renewable Energy Sources Act (EEG), the Combined Heat and Power Act (KWKG) and the Energy Industry Act (EnWG). The aim of the amendment is to ensure the expansion of renewable energies and to promote competition and innovation. An important change that is likely to affect many companies is the so-called “third quantity delimitation”.

This definition of third-party quantities now creates uncertainty for many electricity-intensive companies. We clarify. Who is affected, what needs to be done?

What is the delimitation of third-party quantities?

Third-party customers can, for example, be canteen or snack operators on the factory premises. But also operators of mobile masts, beverage vending machines or cleaning companies. In other words, all independent companies that are supplied with electricity from the EEG-exempt company on the factory premises. However, the law stipulates that minor quantities, such as the electricity consumption of cleaning companies, do not have to be recorded. The problem, however, is that there is no clear limit in the law as to how much is considered a minor quantity.

Which companies are affected by the definition of third-party quantities?

All companies that use their own electricity from their own generation that is exempt from the EEG levy or reduced by the transfer are affected by the definition of third-party quantities. This is because they are completely or partially exempt from the EEG levy for this electricity they themselves consume, which would otherwise have to be paid for each consumption of electricity. However, it also affects companies that claim the Special Compensation Scheme (BesAR) or the limitation of grid levies.  Since this is a consumption privilege, the legislator now takes it very seriously: Clear proof must be provided in 15-minute intervals that the electricity was actually consumed exclusively by the electricity generator itself, in accordance with measuring and calibration law. All third-party consumers of this electricity must pay the full EEG levy. Therefore, these third-party quantities must be determined, i.e. “distinguished” from the total consumption.

What needs to be done?

All companies concerned must now ensure that the consumption of third parties on their premises is accurately recorded. Estimates can still be made, but from 1 January 2021 this will finally be an end. There will only be an exception after the deadline if it is economically unreasonable to record third-party consumption. What exactly that means, however, is left open by the legislator. It can be assumed that the cleaning column, which supplies its vacuum cleaners with electricity every evening at various sockets in offices, is still one of the minor cases.  The BNetzA wants to publish a kind of whitelist on the minor cases in the first quarter of 2020, listing example constellations.

A good opportunity to reach further

The data collected by the mandatory measurements can make a valuable contribution to increasing efficiency in terms of energy consumption and thus also to reducing costs and CO2 emissions. In addition to detailed recording of consumption data, this is based on the collection and processing of data via an energy management portal. Consumption and its temporal and spatial relationships can thus be presented in a clear manner, not just graphically. Systematic processing can help to optimise operating procedures, reduce costs and, last but not least, to operate more sustainably.

The Energy Collective Act, for example, not only has all the annoying obligations but also something good: If the obligation already forces companies to record third-party consumption, why not take the opportunity and use the recording of data for your own benefit?

There is not much time left, the chance to act is now! 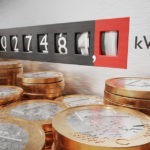