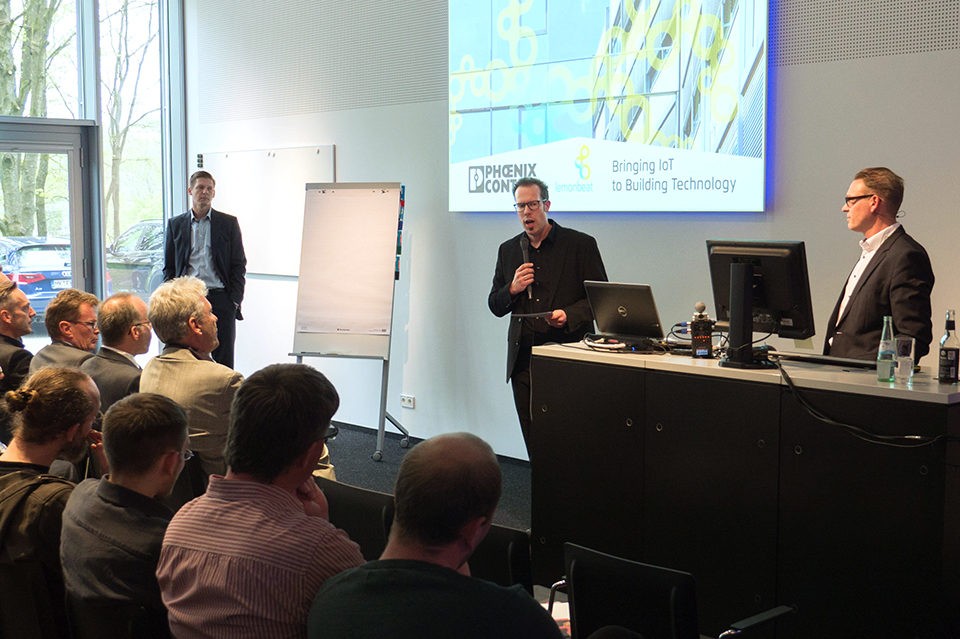 Following on from E-World, and a great deal of work going on in the background, Phoenix Contact and ourselves were back on the road this week with an appearance at the DIAL Openlab at DIAL’s offices in Lüdenscheid, in the German state of North Rhein-Westphalia. In this article, we answer to the six most asked questions about Building Automation we received that day.

The Openlab is a series of free regular events organized by DIAL covering topics such as lighting, automation, software and architecture, which, it comes as no surprise, are also the key competencies of the organization. The sessions take place directly within the DIAL offices in a purpose-built event room, all of which is a stone’s throw from the incubator where the organization started.

In fact, as I plundered their fridge full of Cola, it was fun to hear about their origins and the challenges they had experienced along the way to becoming the 100+ employee company that they now are. Growing IT infrastructure and tales of the startup project team crammed into small rooms raised a smile when I thought back to the early days of Lemonbeat.

It can be quite intriguing to see the level of interest and type of questions that crop up, particularly when presenting a relatively new topic like IoT within the context of Building Automation.

5pm arrived, and with it the 60 guests making up a full house. Up on the agenda this time was my colleague from our Building Automation team Kai Christiani, and Sebastian Palmer, experienced building automation expert and new recruit at Phoenix Contact. At these work/meetup type of events it can be quite intriguing to see the level of interest and type of questions that crop up, particularly when presenting a relatively new topic like IoT within the context of Building Automation. For those of us who come into daily contact with „smart things“ the introduction of IoT seems like a natural step. To someone who is responsible for the running of a building though, talk of IP addresses or key exchanges for them is, as the Germans say, „Neuland“.

The sections of the presentation “Bringing IoT to Building Automation” probably of most interest were those regarding the devices using Lemonbeat which have been built as proof of concepts and that already work with Phoenix Contact’s Emalytics system. These currently focus solely on room automation, but this is an area which has remained relatively untouched by building automation so far, and other functionality, for example, heating systems that the customer doesn’t want to immediately replace, are covered by the Emalytics system being able to serve many other protocols out there on the market. That the concept though has now very definitely left the slides of Powerpoint though is encouraging.

For similar reasons the feature from Sebastian around Phoenix Contacts own „Building 4“ in Bad Pyrmont was also a highlight. Significant savings, achieving an amortisation in under seven years shows the system works. Having seen the buiding in real life, I know it’s worth visiting to see it work in practice too.

The key though was not what we made of the presentation and concept, but what the other 60 guests thought. Attendees appeared to come from all sorts of different job backgrounds, ranging from product manufacturers, to engineers and constructors, and there were plenty of questions such as:

If intelligence and interaction is at device level rather than in the cloud, can I still pull data for analysis?

Yes, key data can be pulled into a cloud thanks to the Emalytics controller. This could lead to conclusions where values on the device themselves should be adjusted, and Lemonbeat allows this to be done over the air in a battery-efficient (where relevant) manner.

What if I don’t want to use a cloud solution and want to keep everything in house?

Likewise, this is possible. Lemonbeat and Emalytics can keep the whole building automation system running without reliance on the cloud. Analysis of data could take place on a local server if wished.

Is it a closed system?

Definitely not. Emalytics can serve other protocols. Likewise end devices using Lemonbeat can be included into other controllers if the Lemonbeat library has been implemented. Both companies are keen to work with as many partners as possible.

What kind of advantage does the new setup offer?

Flexibility through increased room controls, less wiring due to the wireless communication of Lemonbeat Radio, and the ability to change values/behavior of devices without excessive reprogramming requirements.

Reduced costs, not just through greater energy efficiency achieved through controls but also in the dramatically reduced infrastructure required in comparison to today’s systems. Likewise, the ongoing engineering costs are significantly lower than those of traditional solutions.

Who programs or sets up the system in a building?

Device capabilities including being able to partner with other devices or describe what kind of device they are is programmed through Lemonbeat smart Device Language and this is fed onto the devices at the point of manufacture by the device manufacturer.

Which devices should interact, where they are positioned and which should be included, are all aspects that would be covered by the Professional Planners – a role that Lemonbeat together with Phoenix Contact can also fill. This is based on the requirements of the Building Owner.

Finally, day to day adjustments to the system could then still be carried out by the occupants including via the Emalytics User Interface.

Can I control a primary system with Lemonbeat?

At present, we have been focusing on the room automation controls of our first partners. Longer term though, control of a new build primary system through Lemonbeat is our aim. Then like Phoenix Contact we will be on to tours of a facility rather than presentations!

Further Reading: For German-speakers I encourage you to follow @EnabledFacility on Twitter who is providing all sorts of updates, videos and features on the Bad Pyrmont setup. 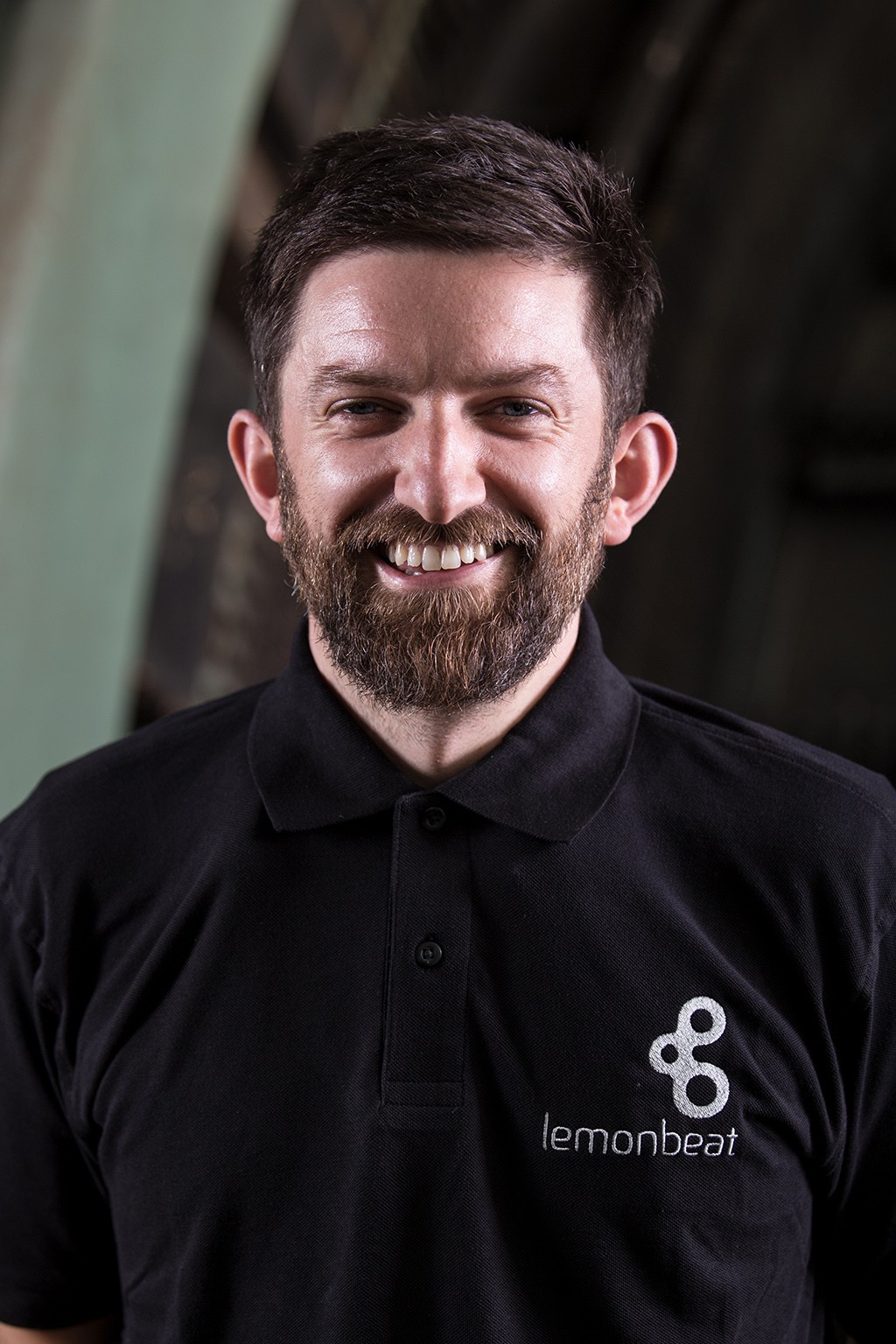 Edmund Barrett studied a BA (Hons) International Business Studies with German at the University of Northumbria in Newcastle, England. After 6 years at npower Limited in the UK, working predominantly on energy efficiency-related customer propositions, he then moved to Germany and began working for RWE Effizienz GmbH. A further 4 years spent working on the home automation system innogy SmartHome (formerly RWE SmartHome) in a product management role gave him a good understanding of smart devices and communication protocols. This experience led him to becoming an initial project team member for Lemonbeat prior to the creation of Lemonbeat GmbH, after which, in January 2016, he then joined the company officially. He leads our Technology Partner Management program. 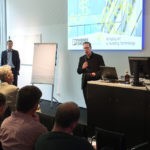