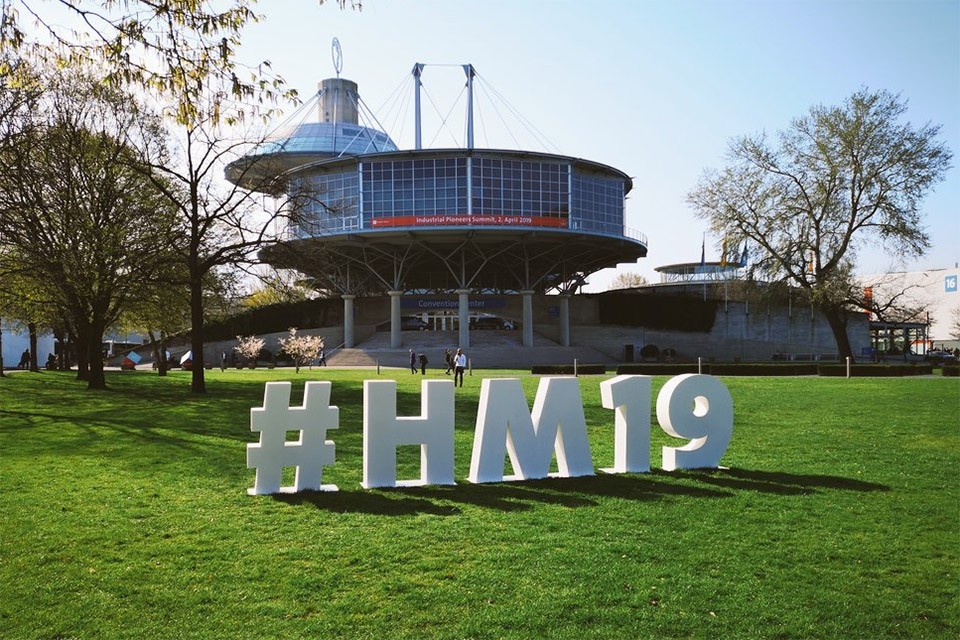 Already for the 72nd time the “world leading fair of the industry”, the Hannover Messe, takes place. From 1 to 5 April, more than 6500 exhibitors from 75 countries will present their ideas, innovations and products; the organizer expects ~220,000 visitors.

Under the motto “Integrated Industry – Industrial Intelligence”, this year’s event will focus on the areas of drive technology, automation, energy technology, robotics, industrial software – as well as research and development.

The continuous growth in and around the Internet of Things is not only struggling with recurring IT security problems, but also the lack – or so far neglected agreement – of common standards is often lamented. To counter this problem, seven leading suppliers from the fields of mechanical engineering, industrial automation and software announced the founding of the “Open Industry 4.0 Alliance” at the Hannover Messe 2019.

The founding members of this alliance are Beckhoff, Endress+Hauser, Hilscher, ifm, KUKA, Multivac and SAP. However, the alliance is basically open to all companies. Other companies – such as Balluff, Gebhardt, Pepperl+Fuchs, Schmidtsche Schack, Samson and WIKA – have already joined the alliance as members. The companies currently involved want to work together to create a standardized and open ecosystem for the operation of highly automated factories and process plants – with the integration of logistics and services.

Another exciting area of the fair – the Integrated Energy Forum. Actors, solution providers and decision-makers from politics and business want to use the meeting to find out how the energy revolution can succeed, how the power system can become more flexible, how sectors can be intelligently linked and how new market participants can be integrated. Representatives from industry, public utilities, planners and the housing industry will meet here to present and discuss solutions for the use of waste heat or the efficient provision of heat and electricity.

The special exhibition “Digital Energy”, which will take place for the 3rd time this year, will also be held at the Integrated Energy Forum. Only through the intelligent, demand-oriented integration of decentralised producers guaranteeing grid stability and through optimised energy availability for industry, business and private consumers can the challenges of energy change be mastered.

In conjunction with the growth of every networked branch of technology, there is also the risk of exposure to cyber attacks through the digitisation of a previously analogue technology or service. In order to raise awareness of the existing dangers, the IT security specialist Kaspersky Lab is presenting the results of the Kaspersky Report for the second half of 2018 at the Hannover Messe 2019.

The Handelsblatt reported that, despite good sales, positive developments and trends, as well as lavish profits in recent years, representatives of trade associations in the vicinity of the Hannover Messe 2019 expect the economy to cool down in 2019 – and thus industrial production to stagnate.

It is not known how Dorothee Bär made it from the emergency landing air taxi to the Hanover Fair – her colleague and Economics Minister Peter Altmaier probably travelled the conventional way to the event, but was unusually progressive and unimpressed by the pessimistic forecasts of the representatives of the trade associations – and demanded:

“We should not wait until the last doubts have been discussed and clarified. We should just start. In recent years, we have continued discussions far too long, to the point where others came before us.” (Source: Twitter)

Permanent tickets for the entire week are sold by the trade fair company for 70 euros in advance – and for 84 euros at the box office. Schoolchildren, students, trainees and some other groups can purchase reduced day tickets for 17 euros. 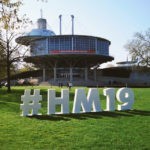