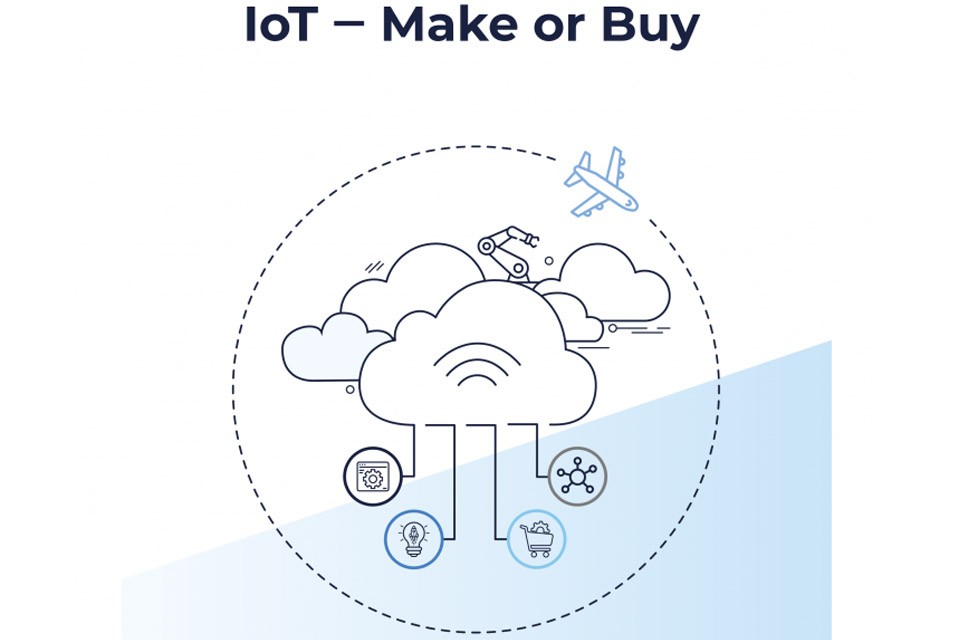 Whether Alexa reminds you of the next appointments, switches on the lights when called – or the refrigerator automatically fills up via the digital shopping basket: The majority of consumers have long become accustomed to the advantages of the Internet of Things. German companies can also benefit from this. After all, the long-term goal is not only to improve existing products by networking people, machines and software, but also to occupy completely new business fields.

With the IoT, companies have the opportunity to network existing and new products, systems or entire platforms and to accelerate, simplify and thus fundamentally improve business processes. For many IT and digitization decision-makers, however, getting to grips with this topic has not been easy. On the one hand, there is talk of a rosy future with fully automated driving, home automation and intelligent digital assistants, but at the same time also of hacker attacks and a lack of connectivity and mature technologies. However, the IoT is indispensable for companies of all sizes and in all industries.

For the new IoT – Make or Buy study by Crisp Research and Lufthansa Industry Solutions, 129 decision-makers from various industries were interviewed about their strategies in dealing with the Internet of Things. In the course of the results, the question of IoT – Make or Buy will become even more differentiated. This will provide decision-makers with insights and application examples which they can then implement for the IoT strategy. For 90 percent of the companies, IoT projects are currently a relevant topic. The answer to the question “Make or Buy – optimize or differentiate” – is therefore a forward-looking one when it comes to continuing to insist on a changing market.

The question “Make or Buy?” is a central point of departure for many companies. Precisely because this decision is so important, only very few can assign themselves to a clear position. 22 percent are of the opinion that the expertise of external technology providers is needed. Only 4 percent agree with the statement that companies will take on the role of innovators themselves in the future. The majority prefers a mixed form and would like to turn the “or” into an “and”. As a result, existing technologies will be used, but these will be individualised and further developed so that they meet their own requirements.

A similar cautious trend can also be observed in the implementation of IoT projects. For most companies (69 percent), the first step is to optimize or further develop existing products. 49 percent state that they develop new products as part of their IoT projects. It is not uncommon for familiar products and problem areas to be focused on before a second step is taken to seek renewal.

Although there is a certain scepticism among decision-makers when it comes to implementing new processes or further developing existing ones, there is agreement on where the greatest potential lies. 70 percent of respondents see this in the development of new processes and products. This suggests that the question of “Make or Buy IoT?” could shift for quite a few companies in favor of their own solutions and innovations.

The implementation of IoT projects requires not only the right strategy and the associated expertise, but also, as is so often the case, the corresponding investments. So where does the budget come from? At 38 percent, IT is at the top here. That may not come as much of a surprise. One could even classify this figure as amazingly low. This makes IoT an interdisciplinary topic. Since business and specialist departments in particular benefit from the projects, this distribution of the financial burden is logical and could, according to the recommendation, even be expanded in the future.

Detailed results on these – and many more – questions can be found in the Crisp Research study “IoT – Make or Buy. How German companies implement and operate IoT platforms and projects”. For a free download click here.