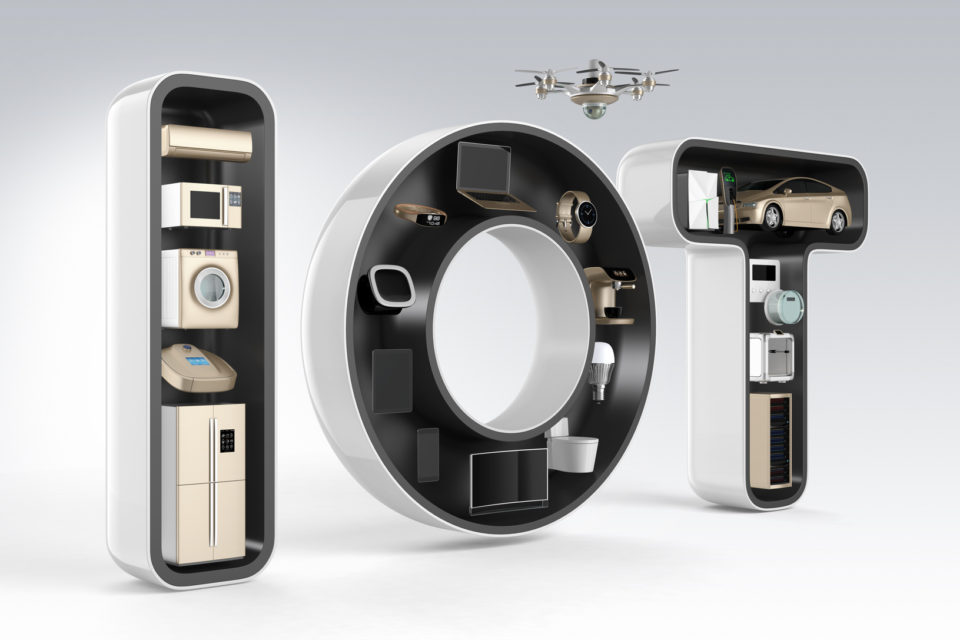 Photo: © Chesky, Fotolia
When you hear about the “Internet of Things” you could be forgiven for thinking it is a recent buzzword describing a change in the world of Information Technology over the last year or two, revolutionizing whole industries in the process. The idea of IoT however is much older than that. In fact it has been around for at least 25 years. It just wasn’t called IoT up until recently.

In the late 1980s, Mark D. Weiser was a chief scientist at Xeroc PARC (today PARC), a research and development company in Palo Alto, California. The 1952 born Weiser held a M.A. and Ph.D. in computer and communication science from the University of Michigan, where he taught for seven years.

To many, he was the “father” of the so called “ubiquitous computing”, a concept where computing is taken away from the classic desktop computer plus human interaction and transitioned into any device, any location and any format. Ubiquitous computing shared the vision of small devices connected to a common network where they interact independently with each other. Rings a bell? Welcome to what we now call the “Internet of Things”.

In 1991 Weiser published a widely celebrated article called “The Computer for the 21st century” in the “Scientific American” Journal. Without referring to the term “IoT” he highlighted the very nature of this current technology “The most profound technologies are those that disappear. They weave themselves into the fabric of everyday life until they are indistinguishable from it.”#

While Weiser predicted the emergence of portable computers like tablets, smartphones or wearables long before they became a mass phenomenon, he made clear, that “ubiquitous computing” for him did not just mean to make computing more portable. “Even the most powerful notebook computer, with access to a worldwide information network, still focuses attention on a single box.”

Calmness is a fundamental challenge for

all technological design over the next fifty years

Ubiquitous computing, in his understanding meant “the connection of things in the world with computation”.

In 1996, together with physicist and mathematician John Seely Brown in another article called the “Coming Age of Calm Technology”, Weiser predicted the era of the Internet of Things (without naming it like that) with a surprisingly level of accurary. The article split the “Major Trends in Computing” into three different phases:

What they called “UC” back then is what we try to solve with IoT nowadays. “The UC will bring information technology beyond the big problems like corporate finance and school homework, to the little annoyances like where are the car-keys, can I get a parking place, and is that shirt I saw last week at Macy’s still on the rack?” 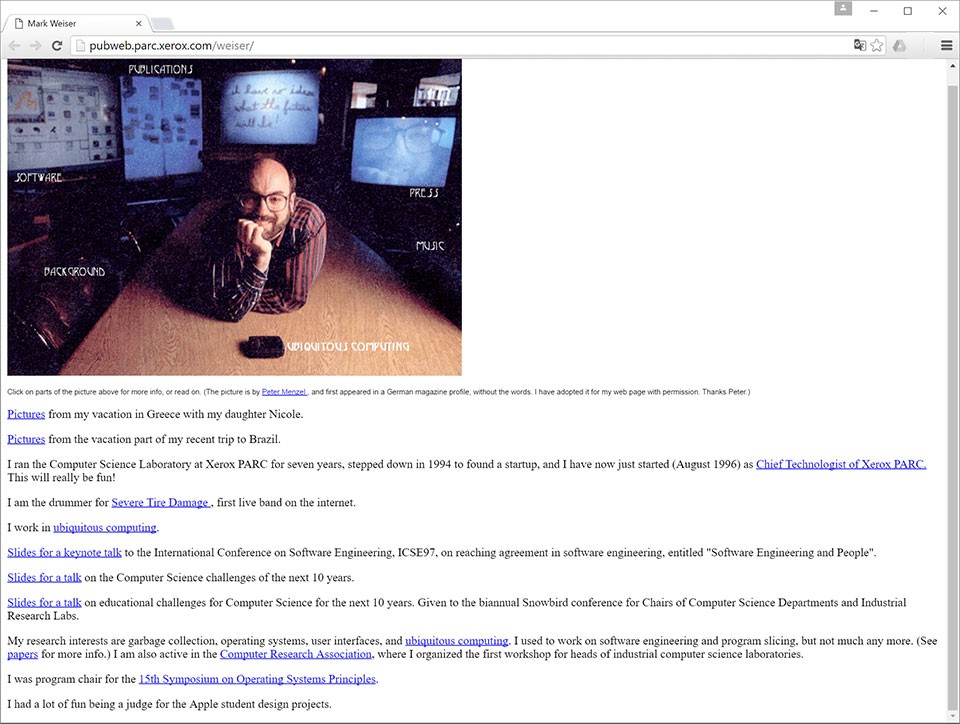 For Weiser it was important that the computer itself should “better stay out of the way”, if the concept were to succeed. So far, technology has been more the “enemy of calm. Since we are all carrying our smartphones 24/7 with us, we are constantly being bombarded with information that often wants our immediate attention. Be it by emails, phonecalls, messages, news – we are far from living in an era of “calm computing”.

This must change: “Computers for personal use have focused on the excitement of interaction. But when computers are all around, so that we want to compute while doing something else and have more time to be more fully human, we must radically rethink the goals, context and technology of the computer and all the other technology crowding into our lives. Calmness is a fundamental challenge for all technological design of the next fifty years.”

When we talk about the “Internet of Things” we should bare in mind the idea of calm technology to fully grasp the concept behind it all. Some think a “Smart Home” where we can adjust temperature, lights or sunblinds with our smartphone is already a smart solution and a good example for the Internet of Things. Perhaps that is wrong. Your home to be truly smart, should do all this work for you. Automatically. Silently. Calm.

Maybe we should talk more about a calm technology.

Unfortunately, Weiser is no longer with us, having passed away in 1999, aged just 46. It would have been interesting to see how his vision developed.

His legacy will however remain. 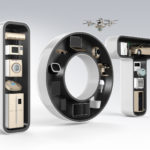