Let’s face it, explaining the Internet of Things and the advantages of direct interaction between devices can be a dry and theoretical topic. So, we decided to make the whole thing a little crisper and add some gamification to the issue: At a lot of future events, we’re going to demonstrate our technology with a smart game of dice that helps explains what we mean when talking about intelligent devices.

For the game, we use two foam dice, each equipped with a gyroscope that communicates their movements and final positions along an X, Y and Z axis to our vending machine, and also to a computer that displays the dice results on a graphical user interface. Before starting the game, the player can choose which kind of dice game he or she would like to play: “more than 8” or “2 of a kind”. Once the choice is selected in the GUI, the blue starter button is pressed which informs the vending machine that the game is about to start. Now the player can throw the dice.

This is the point where the Lemonbeat technology comes in play: The gyroscopes within the dice wait until no further movement is detected. Then they transmit their final positions via Lemonbeat smart Device Language, an XML-based markup language, and Lemonbeat Radio (868 MHz Radio Frequency) directly to the vending machine and the computer. The computer displays the results on the screen. Meanwhile the vending machine, that is also equipped with Lemonbeat technology, checks the results depending on the rules of the chosen game type (bigger 8 or double) and, in case of a win, hands out a box of Lemonbeat branded potato chips. Always a nice prize on a long trade fair day! 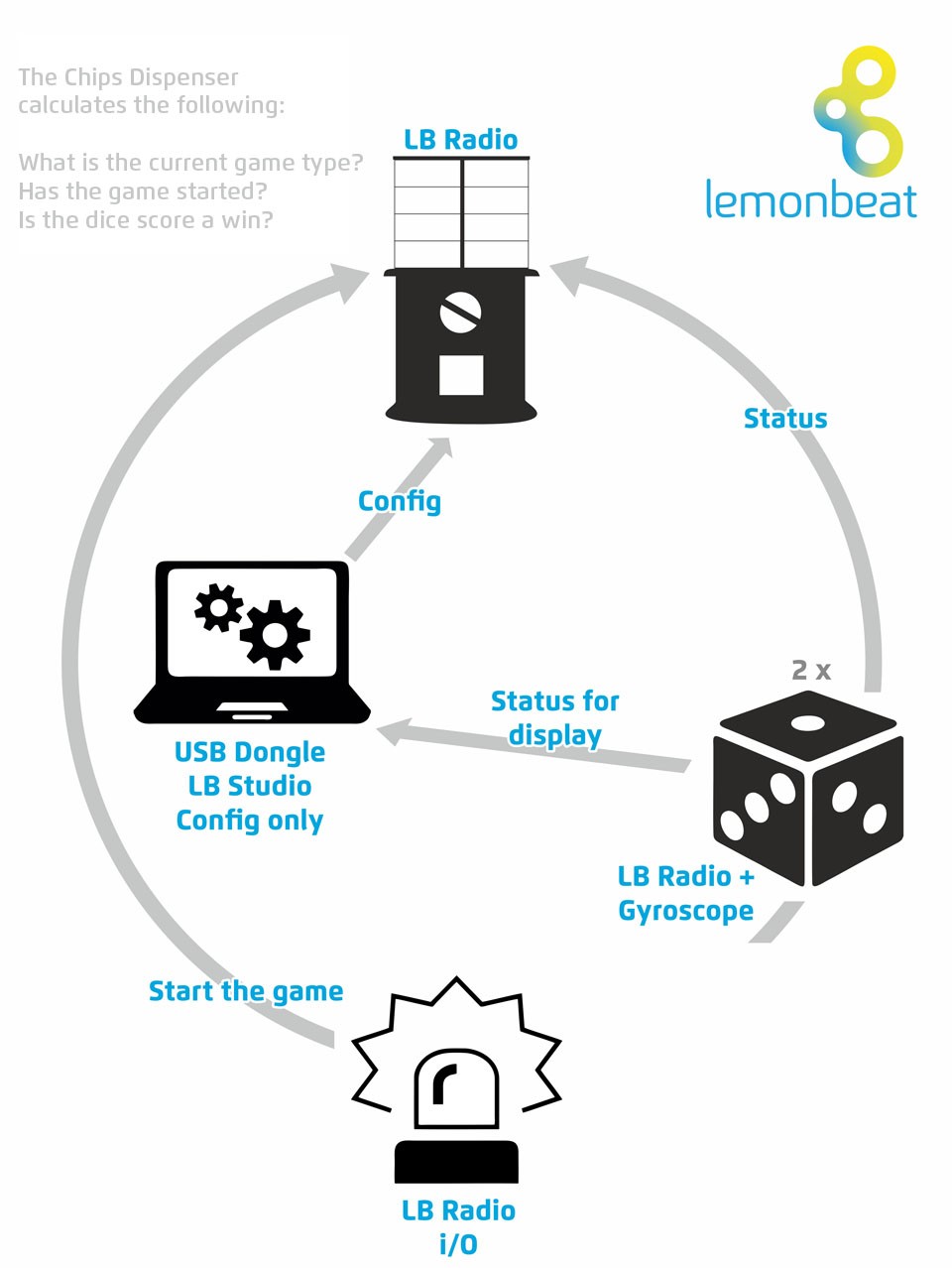 Smart Devices that interact directly with each other: Crisps Demo

Direct communication and reconfiguration during runtime

The dice game not only uses the Lemonbeat smart Device Language, it also demonstrates two key features of the Lemonbeat technology: Direct interaction between devices without a central control unit and the ability to change the configuration (i.e., the rules of the game) anytime during runtime. The dice are able to communicate independently with the computer and the vending machine. Even if you turn the computer off, the vending machine will still take the results from the dice and decide, depending on the score, if it should release a box of potato chips or not.

We successfully demonstrated our dice demo with the Lemonbeat technology inside for the first time at the Embedded World 2017 in Nuremberg.

Let’s roll. At #ew17 we present device to device interaction with a tasty game. Visit us at Hall 4 Stand 583. pic.twitter.com/NSqPZfBj10

Look out for our future events, join us and roll some dice! Nova alea, nova fortuna. 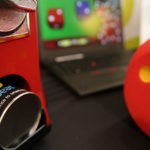